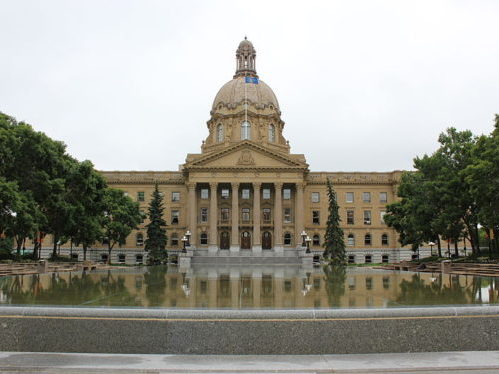 “Even a passive Alberta, not fighting in its traditional oil-sands corner, would remove a key barrier to progress,” McLaughlin writes. “An engaged Alberta, actively factoring climate policy into its energy decisions? The mind reels.”

In her victory speech, Premier-Designate Rachel Notley stressed “the need for a national approach to the environment and to Canada’s energy sector that builds bridges and opens markets—instead of giving us a black eye.” McLaughlin says Notley’s “shrewd analysis on pipelines” gives some indication of the engagement Canadians can expect from the new government.

“This is a clear departure from the ‘all pipelines, all the time’ approach of her predecessors and the federal government,” he writes. Like B.C. Premier Christy Clark, “Notley does not seem inclined to waste political capital on pipelines without promise.”

With the Canadian government due to release its climate commitments next month, ahead of the UN climate conference in Paris in December, Notley “will have to signal her climate policy approach soon” and indicate how strongly she’ll support an equivocal federal position. “If she seeks to influence that direction, by either unilateral Alberta action on oil sands or joining a common front with other provinces, orange will definitely become the new green,” McLaughlin writes.