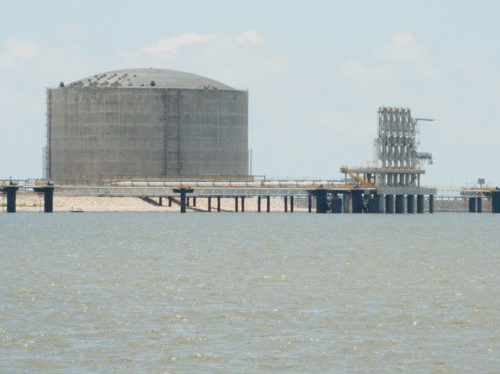 The British Columbia government has signed revenue-sharing agreements with 28 First Nations to clear the way for liquefied natural gas (LNG) development in their territories.

The announcement Sunday “brings into stark relief the rejection last week by the Lax Kw’alaams First Nation in two community meetings of a $1.14-billion benefits package from the Petronas-led Pacific NorthWest LNG project, TransCanada’s Prince Rupert gas transmission pipeline, and the province,” the Vancouver Sun reports. “The Lax Kw’alaams is one of the seven First Nations with which the province is still negotiating.”

The province has publicly announced eight of the agreements so far. The other 20 “are being kept under wraps—at the request of the First Nations—because the native groups are in negotiations with companies as well,” Hoekstra writes.

“There is significant support already in place, but our goal through all of this has been to work with nations and try to find out how we can address concerns and find ways to be able to bring nations on side,” Aboriginal Relations and Reconciliation Minister John Rustad told the Sun.

“Liquefied natural gas provides a once in a lifetime opportunity for all British Columbia and especially for First Nations,” he said.

“While Canada’s highest courts have said that First Nations do not have a veto on resource development or projects, First Nations’ support for LNG is considered critical in moving plans forward,” Hoekstra explains. “The Lax Kw’alaams have raised environmental concerns about the Pacific NorthWest LNG project’s affect on the Flora Bank, which contains eelgrass beds in the Skeena River estuary considered critical for juvenile salmon rearing.”