One in Six Species Faces Extinction Unless Carbon Emissions Decrease 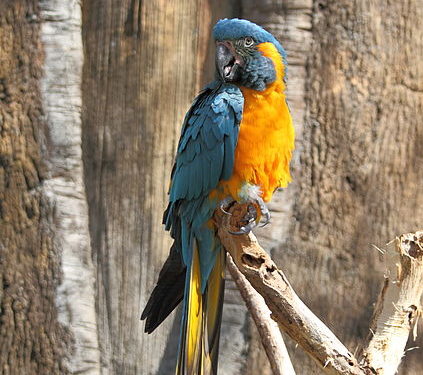 Climate change will lead to extinction for up to one in six species around the world, according to a report last week in the journal Science.

“It’s a sobering result,” said University of Connecticut ecologist Mark Urban, who based his findings on 131 peer-reviewed studies on the species impact of temperature changes. Other researchers say the calculation is low, R&D Magazine reports, “because Urban only looks at temperature, not other factors like fire or interaction with other animals, and more studies have been done in North America and Europe, where rates are lower.”

Urban calculated a global extinction rate of one in 13 species—but still 23% of all species in South America—with efforts to reduce carbon pollution.

Biologists Stuart Pimm of Duke University and Terry Root of Stanford University said habitat loss is a more immediate threat to species at risk than climate change. A large extinction is going on, Pimm told Borenstein, and for every species disappearing due to natural causes, 1,000 are being destroyed by human activity. (h/t to Environmental News Bits for pointing us to this story)