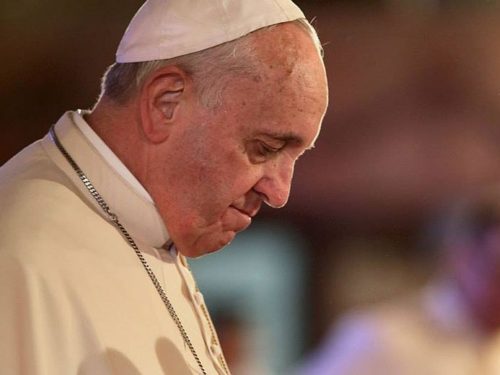 “As much sway as the pope has with a sixth of the world’s population, party doctrine will probably trump church doctrine in Congress,” ICN reports. “The position of Pope Francis on climate change—and nearly every mainstream climate scientist—bucks that of American conservatives and fossil fuel interests such as the billionaire Koch brothers, who have spent millions of dollars casting doubt on the reality of human-driven climate change and supporting candidates who oppose action to address it.”

But Jamie Henn, director and co-founder of 350.org, responded that “morality moves politicians,” adding that “when climate is about widgets and circuits, you lose people. When it’s about our health, our families, and our future, you start seeing people in the streets.”