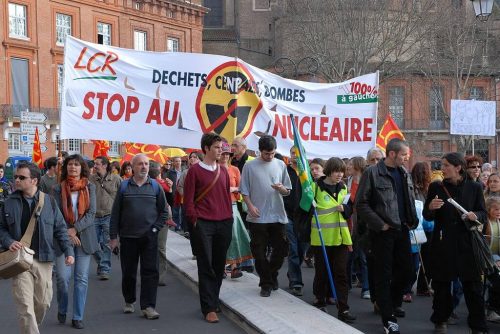 A new generation of giant reactors, meant to provide fresh hope for nuclear power in Europe, has been found to have a serious safety problem. LONDON, 13 April, 2015 − The future of the world’s biggest nuclear reactor, under construction at Flamanville in northern France, is now in doubt after a serious flaw was found in its steel pressure vessel. Examination has shown that the steel contains too much carbon, which can weaken the vessel’s structure and breaches safety rules. The Chinese, who have two similar 1,600 megawatt European Pressurised Reactors under construction, have been warned that they too may share the potentially catastrophic problem. Investigations are continuing to check whether the problem can be rectified, but whatever happens it will add more delays and greater costs to the already troubled projects. The problem also casts doubt on the much-heralded nuclear renaissance in Europe, where EPR reactors are being built not only in France but also in Finland. Four more are planned for Britain, where they form a cornerstone of the UK government’s policy to fight climate change. A decision on whether to go ahead with the first two in the UK has already been postponed twice, and this revelation will cause further delays. The French nuclear engineering firm Areva, involved in the EPR’s design and development, found the flawed steel and reported the problem to the country’s nuclear regulator, ASN, which has ordered an investigation.  The French energy minister, Ségolène Royal, says the results of tests to check the extent of the problem will be released in October.

It is understood that the maximum allowable carbon content of steel in the pressure vessel is 0.22%, but tests have shown 0.30% in parts of the Flamanville vessel. This could render it subject to cracking in operation and shorten its intended lifespan. The discovery is another serious blow to the French nuclear industry, which already faces severe financial problems, partly because of existing delays to the reactors at Flamanville and at Finland’s Olkiluoto site. The Finnish reactor, which is not affected by this problem because its pressure vessel steel comes from Japan, not France,, is already nine years behind schedule for other reasons and has more than doubled in cost. Following the 2011 Fukushima disaster in Japan any compromise on minimum safety standards would be hard to sell to the public, especially since nuclear power has fallen out of favour with the French government, which wants to invest heavily in renewables. France is already considering merging Areva and Électricité de France (EDF), the two nuclear companies in which it owns the majority of shares. Areva is building the Flamanville reactor on behalf of EDF, Europe’s largest electricity producer. EDF recently estimated the construction costs of Flamanville at €8 billion (US$8.7bn) compared with an original estimate of €3.3bn, and that was before this setback. The plant was due to have been working by now, but its start date had already been put back to 2017 – which is now looking optimistic. It is understood that the parts of the pressure vessel found with excess carbon were manufactured in France at the Creusot Forge, in Burgundy, owned by Areva. It was this same company that made parts for the two Chinese reactors, hence the fears that they too will contain carbon above safety limits.

One problem is the pressure vessel’s sheer size and the fact that it was already in place when the fault was detected. The vessel weighs 410 tonnes and cannot now be removed, and it is hard to see how it could be repaired or modified. The problem was discovered in December but made public in a low-key website announcement only on 7 April. One knock-on effect might be to seriously damage the British government’s own energy policy, which relies on building four similar reactors in England. Work has already been completed on preparatory works for two at Hinkley Point, in the west of England, using the Flamanville design. The UK government has agreed large subsidies to support the projects, but EDF has repeatedly delayed signing a final deal to build them, because of a lack of investors. Two Chinese utilities were negotiating to back the project financially, but the discovery of a flaw at Flamanville may complicate matters. In any event, the decision on whether to go ahead with the two reactors at Hinkley Point had already been postponed until the summer and now seems certain to be postponed yet again until the issue of the safety of the French and Chinese pressure vessels has been resolved. The UK government has repeatedly said that the expansion of nuclear power is vital to its energy security and its ability to meet its greenhouse gas reduction targets. The country is currently in the middle of a general election campaign. Whichever government gets into power may have to rapidly rethink its energy policy. − Climate News Network