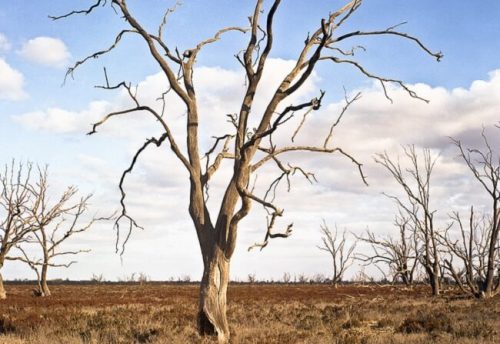 New research warns that emissions will make drought conditions even more extreme as our climate moves into a period of rapid change. LONDON, 12 March, 2015 – Analysis of temperature records and reconstructions of past climates indicates that the pace of global warming is about to accelerate. Although the much-debated “pause” in warming during the 21st century is still under debate, climate scientist now warn that the Earth is about to enter a period of change that will be faster than anything in the last thousand years. Steven Smith, an integrated modelling and energy scientist, at the US government’s Pacific Northwest National Laboratory, and colleagues decided to take a look at the short history of temperature records and the somewhat longer “proxy” reconstructions of past climates to look for patterns of the past that might be a guide to the future.

They then matched the past and examined the future using computer model simulations. Climate periods were considered in 40 year blocks, and were compared to establish a baseline for natural rates of change. The scientists report in Nature Climate Change that rises now in North America and many parts of the world are greater than the natural range for any rate of change. And when they tested future emissions scenarios, they confirmed that global warming will pick up speed in the next 40 years in all cases − even in those projections in which the world reduced its greenhouse gas emissions. And if the world doesn’t reduce these emissions, the rate of change in warming will remain high for the rest of the century. “In these climate model simulations, the world is just now starting to enter a new place, where rates of temperature change are consistently larger than historical values over 40-year time spans,” Dr Smith says. “We need to better understand what the effects of this will be, and how to prepare for them.” The research is based on simulation, and seems inconsistent with the story of the 21st century, which is that, after a relatively rapid decadal rise in global average temperatures between 1970 and 2000, the rate of rise seemed to slow. Although almost all the years of the new century so far have been warmer than any in the 20th century, and although 2014 was the warmest year on record so far, the notches on the thermometer each year have been smaller. But as researchers have repeatedly warned, the real rise may be masked by some kind of natural variation. At least one group in 2014 found that the patterns of extremes of heat seem to be accelerating, even if the averages are not.

And now Rong Fu, professor of geological sciences at the University of Texas at Austin, US, has looked at a study by research scientists William Lau, of the University of Maryland, and Kyu-Myong Kim, of the NASA Goddard Space Flight Centre, and seen signs of an intensified pattern of extreme droughts in Australia, the southwest and central US, and southern Amazonia. The Proceedings of the National Academy of Sciences has published both the original research and the commentary  by Professor Fu. At the heart of the issue is the impact of increased emissions of carbon dioxide on the pattern of wind circulation that overall dictates the climate of each hemisphere. This pattern is sometimes called the Hadley Circulation, named after the 18th-century English lawyer and amateur meteorologist, George Hadley, who first identified the mechanism behind the all-important Trade Winds that carried sailing ships across the Atlantic. It can change with global temperatures. And as the winds change – and the prevailing Trade Winds move away from the tropics – they take the rainfall with them.

The guess has been that Hadley Circulation varies naturally. And the PNAS study suggests that it is likely to intensify in a warmer world, with ominous consequences for some already naturally dry regions. That both Australia and the American southwest are already feeling the heat is not news. But the significance of the research lies in more detailed understanding of why even more is on the cards in future. “This is the first study that suggests a possible intensification of droughts in the tropic-subtropical margins in warmer climate,” Professor Fu says. “The finding is critical to understanding what the world will be like as the climate continues to change. “Will the Hadley Circulation continue to expand? Could the intensification of droughts over the tropics be a new norm? These are questions that need to be answered.” – Climate News Network