Draft Global Climate Agreement Due by ‘Friday at 6 PM’ 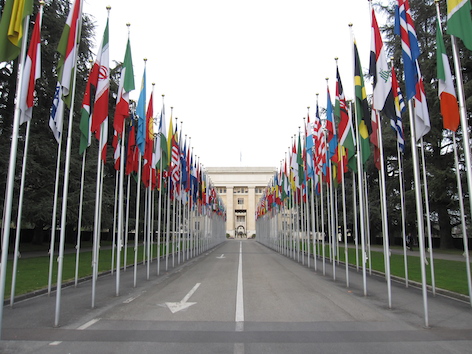 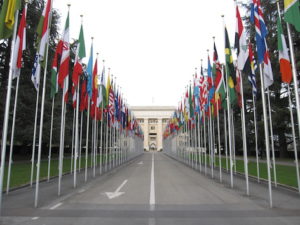 The first round of negotiations leading up to this year’s UN climate summit in December got under way in Geneva yesterday, and The Daily Tck was there, along with 240 organizations and networks putting on “a strong push to strengthen the role of human rights as a guiding principle” in the eventual global agreement.

“The wind’s chill here in Geneva seemed to have cooled rival tempers and led negotiators to give up their moments on the opening podium to save time to get straight into negotiating,” reports Negotiator Tracker Federico Brocchieri. “As the negotiators skated into the ice-caped first day of Geneva’s climate talks, the new co-chairs leading the way to a global agreement announced that the objective of the week is to get a workable negotiating document by ‘Friday at 6 PM.’”

Several countries pushed hard to include human rights and gender equity as general objectives for the agreement. Switzerland, Norway, and Brazil opposed the effort, with the United States and Saudi Arabia questioning the need for a general objectives section in the eventual agreement.

The working group on climate change mitigation received more than 50 additions to a draft text that already ran 38 pages. “Negotiations proceeded in a more constructive spirit and more quickly than many expected,” Wiese writes, and “governments were asked to make all of their requests for text additions Monday. We expect to see a new version with all those additions Tuesday.”

The Global Call for Climate Action and its partners “are lining up supporters of the most ambitious text options, to ensure they survive that streamlining process and ultimately feature in the new global agreement,” Wiese notes. A week of citizen action is also ramping up, with 8,000 in Oakland joining the largest anti-fracking demonstration in U.S. history Saturday, 40 non-government organizations urging the G20 president and finance ministers to phase out fossil fuel subsidies, and “hundreds of demonstrations planned around the world to mark Global Divestment Day at the end of this week.”

(Photo by Gryffindor via Wikimedia Commons)