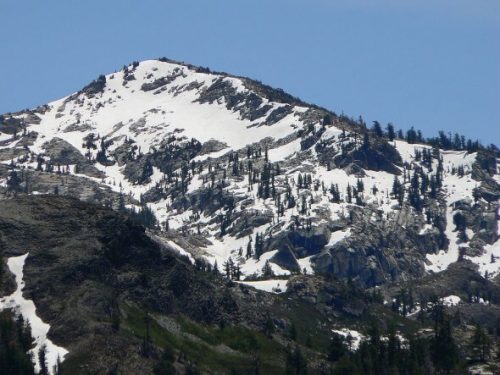 Researchers in the US warn that climate change could worsen California droughts by drastically reducing water flow from the Sierra Nevada mountains − and also threatens the extinction of a rare species of fish. LONDON, 16 September, 2014 − Things could soon get worse for drought-hit California. New research predicts that, by the close of the century, global warming could have reduced the flow of water from the Sierra Nevada mountains by at least a quarter. Michael Goulden, associate professor of earth system science at the University of California Irvine, and Roger Bales, director of the Sierra Nevada Research Institute at the University of California Merced, publish their alarming findings in the Proceedings of the National Academy of Sciences.

Their research looked not at the long-term projections for precipitation in the US south-west, but simply at the effect of higher average temperatures on plant growth. Mountains in many ways mimic hemispheres: just as trees become more stunted at higher latitudes, so they get smaller and less frequent at higher altitudes. Temperature ultimately controls plant growth. But a projected warming of 4.1°C by 2100 would make a big difference to plant growth in the Arctic tundra and around the present alpine treeline everywhere in the world. The scientists contemplated snow and rain conditions in the King’s River Basin in the Sierra Nevada range. They looked at how much flows downstream to local communities, and how much goes back into the atmosphere as water vapour. Then they did their sums. They calculated that the 4.1°C temperature rise in the region would increase the density of vegetation at high elevations, with a 28% increase in evapotranspiration − the process that draws water up through the roots to the leaves, and then releases it as vapour through the pores. And what was true for one river basin, they thought, should be true for the whole area. River run-off could drop by 26%. “Scientists have recognised for a while that something like this was possible, but no one has been able to quantify whether it could be a big effect,” said Professor Goulden. “It’s clear that this could be a big effect of climate warming and that managers need to recognise and plan for the possibility of increased water losses from forest evaporation.”

MEANWHILE, climate change threatens to wipe out an endangered species of fish in a remote area of Nevada. The Devils Hole pupfish (Cyprinodon diabolis) is not just rare, it is very rare: the population has fallen as low as 35 individuals. It lives in the geothermally-warmed waters of a limestone cavern in the Devils Hole in the Mojave desert, and its existence was probably always precarious. The fish are little more than 2cms long, iridescent blue, and they have made their home in the upper 25 metres of the cavern’s waters for at least 10,000 years.

But Mark Hausner, a hydrogeologist at the Desert Research Institute in Las Vegas, Nevada, and colleagues report in the journal Water Resources Research that there is only a 10-week window in which the water temperatures are optimal, and there is enough food available, for new larvae to hatch. Climate change is bringing the already-warm water to dangerous temperature levels, and this has already shortened by at least one week the brief opportunity to restore the population. When counts began in 1972, there were more than 500 of the fish. A decade ago there were 171, and at the last count there were only 92. “This is a fish that does live in a fishbowl, an incredibly hostile fishbowl, and you can’t move the fishbowl,” said one of the report’s authors, Scott Tyler, professor in the Department of Geological Sciences and Engineering at the University of Nevada, Reno. “This is a species that can’t adapt or change or leave to go to a better environment.” − Climate News Network