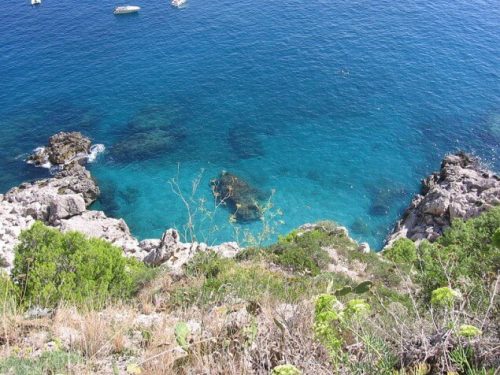 US scientists have found that dust from the Sahara desert provides most of the iron found in the Atlantic ocean. LONDON, 14 July 2014 − Marine scientists have measured levels of iron dissolved in the Atlantic ocean, and at the same time worked out where it came from. In the course of doing so, they have helped explain in more detail why the deep ocean is blue while coastal waters are usually green, and at the same time helped answer more complex questions about the ocean’s role in the great carbon dioxide question. And in the course of settling these points, they have also answered questions about North Africa’s importance to the rest of the world. It keeps the oceans and the Amazon supplied with valuable dust. Tim Conway and Seth John of the University of South Carolina report in Nature that they devised a way to sample large volumes of seawater to identify the content of dissolved iron in the water, and then to distinguish the ratio between different isotopes of that iron. An isotope is a natural variant of an element, and often indicates a different source of origin. Iron is a vital trace element: without it, mammals cannot make haemoglobin to transport oxygen around the bloodstream and plants cannot make chlorophyll to photosynthesize tissue from air and sunlight.

The deep oceans have everything needed for plant growth – sunlight, carbon, nitrogen and water – but they don’t have iron. That is one reason why they tend to be blue while nutrient-rich coastal waters are green. Estuaries and deltas are rich in iron and other nutrients and good for algal growth. Because ocean phytoplankton (microscopic plants which sustain the marine food web) cannot get enough iron, there is a limit to the carbon dioxide they can absorb from the atmosphere. So iron is an element in the great carbon cycle. And it doesn’t need to be available in huge quantities. “I did a calculation once on a ton of sea water. The amount of iron in that ton of water would weigh about as much as a single eyelash,” says Dr John. “The key reason that everybody cares about iron is because it limits the growth of phytoplankton such as algae, in maybe a fifth of the ocean.” The researchers collected 600 samples of sea water during a cruise across the North Atlantic on a research ship, and set to work trying to identify the origin of the few billionths of a gram of iron in every litre of the water collected.

They found that a measurable proportion of oceanic iron seeped up from deep within the crust through hydrothermal vents along the mid-ocean ridge. A fraction came from sediments on the African coast, and more than 10% came from oxygenated muds on the American coast. But they also found that the answer had been blowing in the wind. Somewhere between 71% and 87% was delivered by dust storms from the Sahara desert.  That is, life in the deep ocean depended on an annual delivery of fertiliser from one of the world’s emptiest and most parched regions. The play between dust and life has fascinated scientists for more than a decade. In 2006, Israeli researchers found that more than half the dust needed to fertilise the Brazilian rainforest blew in from just one desiccated valley in Chad. Two years later a team in Liverpool in the UK confirmed the role of Saharan dust as a mineral source for the Atlantic ocean and in 2007 Swiss and German microbiologists analysed dust samples collected by Charles Darwin. They found that wind-blown dust could transport microbes from West Africa all the way to the Caribbean. An estimated 50 million tons of Saharan dust is blown across the Atlantic to the Amazon every year.

So the South Carolina research is just another example of science in action; a painstaking increment to human knowledge rather than a breakthrough. It adds quantifiable figures to a picture already taking shape. It is a reminder that intercontinental migration is as old as life itself. And it also helps explain a little bit more about the global climate machine. Researchers have already theorised that airborne dust must play a role in cloud formation – and therefore in rainfall and drought – and even that dust storms may play a role in damping down hurricanes. If more dust in the oceans and the forests means more carbon uptake from the atmosphere, then cycles of superstorms of dust could also help tweak the global thermostat. “It could help us understand past climate change, like glacial-interglacial cycles,” Dr John says. “There would have been huge changes in dust fluxes to the ocean in glacial times, and so understanding how much iron comes from dust in the modern day helps us figure out whether that was an important driver of glacial-interglacial cycles.” – Climate News Network