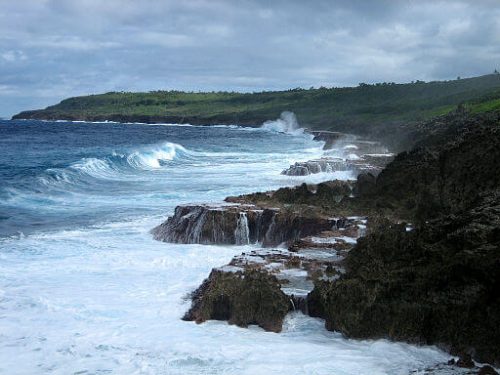 FOR IMMEDIATE RELEASE The great natural protective barriers that coral reefs provide for millions of people in coastal communities are seriously threatened, but scientists calculate that restoration projects would cost 20 times less than building artificial breakwaters to keep pounding waves at bay LONDON, 19 May − Coral reefs, under threat around the tropics from the double menace of global warming and ocean acidification, are also natural protection systems for million people. And the importance of that protection is shown in a new scientific study confirming that a coral reef can reduce the energy of a pounding wave by up to 97%. It is widely known that reef systems offer a natural barrier. But Filippo Ferrario, from the University of Bologna in Italy, and an international team of researchers report in Nature Communications that they decided to try to put a figure on the effectiveness of a living limestone rampart maintained by a tiny animal that is the basis for a rich submarine ecosystem. They found that the shallowest part of a reef – the crest where the waves break first – dissipates 86% of the wave’s energy, while the whole reef can reduce the sea’s impact by 97%. And the cost of maintaining a reef − that is, the cost of a reef restoration project − is US$1,290 per metre, compared with an average $19,791 per metre to build an artificial breakwater. That’s almost 20 times cheaper.

“Coral reefs serve as an effective first line of defence to incoming waves, storms and rising seas,” says study co-author Michael Beck, lead marine scientist of the US Nature Conservancy. “Two hundred million people across more than 80 nations are at risk if coral reefs are not protected and restored.” Dr Ferrario adds “The study illustrates that the restoration of coral reefs is an important and cost-effective solution to reduce risks from coastal hazards and climate change.” Marine scientists have argued for decades that natural systems such as mangrove forests, sandspits, water meadows and reefs offer protection for coastal cities. A huge proportion of humanity now lives in cities, and many cities have grown up on estuaries, around natural harbours, or on beach fronts − that is, at or near sea level.

Sea levels will rise inexorably with global warming, and climate change threatens to increase the frequency and the magnitude of extreme weather events. There have been warnings that, by the end of the century, coastal flooding could cost up to a trillion dollars a year. But the natural reefs that have offered shelter for so many people – for example, an estimated 41 million in Indonesia, 36 million in India, and 23 million in the Philippines – are under stress from pollution and overfishing. Corals are also sensitive to rising water temperatures. And, although there is some evidence that some corals can adapt, there are serious concerns about the consequences of change in water chemistry as more and more atmospheric carbon dioxide dissolves in the oceans. – Climate News Network