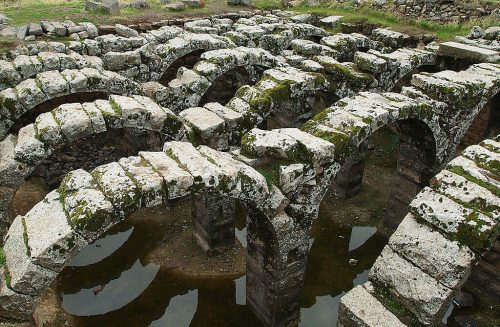 FOR IMMEDIATE RELEASE Thousands have died and millions have been displaced by the conflict in Syria. Severe drought in the region – part of what many believe is an ongoing, climate change-related dry period – is heaping added misery on people. LONDON, 19 April – The conflict in Syria has devastated much of the country’s agricultural sector. But while the fighting has left large tracts of farmland abandoned, irrigation systems smashed and livestock neglected, other forces have also been at work. Syria – and much of the Eastern Mediterranean region – is in the grip of one of the longest periods of drought on record. The World Food Programme (WFP) says the recent rainfall season in Syria, which usually lasts from October to April, produced less than half the long term average precipitation. When the harvest of wheat – the staple food – is brought in next month it’s likely to be 30% down on last year – and less than half its pre-conflict level. “This is part of a wider pattern of drier than average conditions which has dominated across the eastern Mediterranean from southern Turkey to western Syria, Lebanon and Jordan”, says the WFP.

With other agencies, it is trying to look after the food needs of more than four million people displaced by the fighting in Syria. It says the drought could mean that number increasing to more than six million. A poor harvest will also lead to yet more increases in food prices. The present period of drought hitting Syria and the wider region – including large parts of Iraq – started in 2008: dry conditions persisted through 2009 and 2010. Despite heavy snowfalls over the recent winter, water supplies in many reservoirs are less than half their normal level. “Going back to the last 100 years I don’t think you can get a five-year span that’s been as dry “, Mohammad Rafi Hossain, an environmental economist at the UN’s Food and Agriculture Organisation (FAO) told Reuters news agency. Many analysts say the drought – and a lack of action by the Syrian authorities to halt soaring food prices – was one of the factors driving the initial 2011 uprising against the regime of Bashar al-Assad.

With crops destroyed by lack of water, desperate farmers and their families were forced to move to cities and towns in search of work and food. There they combined with students and other activists in large-scale protests against the Government. The Syrian drought and the role played by farmers in the protests against the  Damascus regime form one of the episodes in Years of Living Dangerously, a film series on climate change starring several prominent Hollywood actors now being aired on cable TV in the US. The World Bank says the Middle East region is particularly vulnerable to climate change. The UN’s Intergovernmental Panel on Climate Change (IPCC) and others have repeatedly warned that a changing climate – particularly a “drying out” in some of the world’s most productive agricultural regions  – will lead to rapidly increasing food prices and create serious social and political tensions. – Climate News Network