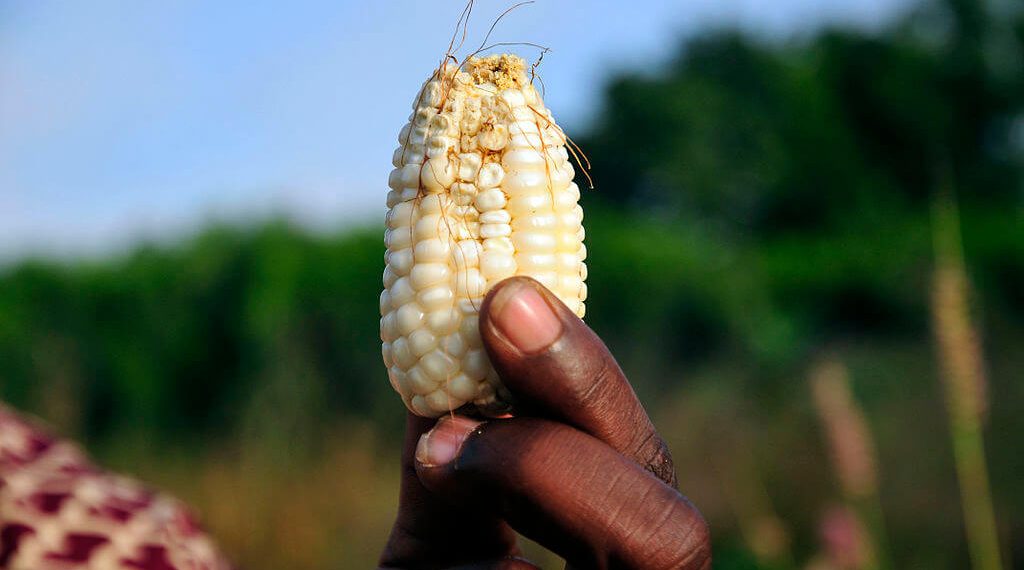 FOR IMMEDIATE RELEASE Yields of several major crops are likely to be seriously affected by rising temperatures, scientists say, with spells of extreme heat posing the greatest risk. LONDON, 21 March – Rampant climate change driven by ever-rising levels of carbon dioxide in the atmosphere poses a serious threat to world food supply, according to a new study in Environmental Research Letters. The hazard comes not from high average temperatures, but the likelihood of heat extremes at times when crops are most sensitive to stress. And the message is: those communities that rely on maize as a staple are more at risk than most. Delphine Deryng of the Tyndall Centre for Climate Change Research at the University of East Anglia in the UK and colleagues looked at one of the big puzzles of the coming decades: what will global warming do for crop yields? It is not a simple question: climate change must mean more evaporation, more precipitation, longer growing seasons, more warmth, and higher levels of the carbon dioxide that plants exploit by photosynthesis (the process they use to convert light into chemical energy), so the consequence ought to be greater yields. But as every farmer knows, what matters most is the timing of all that warmth, rain, and those dry spells in which the harvest can ripen.

There is a second consideration. Climate is the sum of all events. Rather than a steady overall rise in daily temperatures, an increasing number of ever-larger regions are predicted to experience ever more intense extremes of heat, and sometimes cold. Plants can be very sensitive to extremes of heat at flowering time: if the thermometer goes up, the pollen becomes increasingly sterile and less seed is likely to be set. So an extended heat wave in the wrong season could be calamitous. The Tyndall team included the assumption that nothing would be done about climate change – that is, that governments, industry and people would continue with a business-as-usual scenario. They then chose three well-studied and vital crops – spring wheat, maize and soybean – and tested predictions under 72 different climate change scenarios for the rest of this century. They allowed for the already-established benign effects of carbon dioxide-driven warming, one of which is that plants can make more tissue and at the same time use water more efficiently, and therefore respond more effectively to drought conditions. They also looked for the outcomes in places where yields could be most vulnerable: for example, the North American corn belt.

What they found was that – if carbon dioxide fertilisation effects are not taken into account – then maize, wheat and soya yields are all likely to fall, in all five top-producing countries for each of these crops. When they factored in the benefits of more CO2 in the atmosphere, the picture changed. There would be positive impacts on soya and wheat, but not on maize. There is another proviso: so far, the benefits of extra CO2 have been confirmed in experimental plant laboratories. The experience in the fields 60 years in the future may be rather different. And in any case, these positive impacts could be severely offset by extremes of heat at the moment when the crops were most vulnerable, so overall, harvests remain at risk. The best answer, the scientists argue, is to attempt to limit climate change. “Climate mitigation policy would help reduce risks of serious negative impacts on maize worldwide and reduce risks of extreme heat stress that threaten global crop production,” says Deryng. – Climate News Network