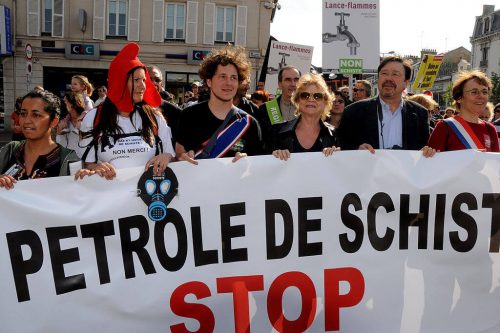 FOR IMMEDIATE RELEASE Climate scientists agree that global carbon dioxide emissions need to be sharply cut. A prominent player in the energy industry predicts they will go in the opposite direction. LONDON, 7 February – The good news, from the climate’s standpoint, is that while global demand for energy is continuing to grow, the growth is slowing. The bad news is that one energy giant predicts global carbon dioxide emissions will probably rise by almost a third in the next 20 years. The Intergovernmental Panel on Climate Change says greenhouse gas emissions need to peak by 2020 and then decline if the world is to hope to avoid global average temperatures rising by more than 2°C over pre-industrial levels. Beyond 2°C, it says, climate change could become dangerously unmanageable. But BP’s Energy Outlook 2035 says CO2 emissions are likely to increase by 29% in the next two decades because of growing energy demand from the developing world. It says “energy use in the advanced economies of North America, Europe and Asia as a group is expected to grow only very slowly – and begin to decline in the later years of the forecast period”. But by 2035 energy use in the non-OECD economies is expected to be 69% higher than in 2012. In comparison use in the OECD will have grown by only 5%, and actually to have fallen after 2030, even with continued economic growth. The Outlook predicts that global energy consumption will rise by 41% from 2012 to 2035, compared with 30% over the last ten. Nor does it offer much hope that the use of novel energy sources will help to cut emissions. It says: “Shale gas is the fastest-growing source of supply (6.5% p.a.), providing nearly half of the growth in global gas.”

Burning gas produces much lower CO2 emissions than using coal, but the sheer volume of shale production is expected to cancel out any possible emissions reductions. In fact the Outlook says of its predictions:  “…emissions [of CO2] remain well above the path recommended by scientists…Global emissions in 2035 are nearly double the 1990 level.” An advantage claimed by some supporters of shale gas is that it will increasingly replace a much more polluting fossil fuel, coal. But at the moment many coal-producing countries are finding markets overseas for those they have lost to shale gas at home. Oil, natural gas and coal are each expected to make up around 27% of the total mix by 2035, with the remaining share coming from nuclear, hydroelectricity and renewables. Among fossil fuels gas, conventional as well as shale, is growing fastest and is increasingly being used as a cleaner alternative to coal. Bob Dudley, BP Group chief executive, said the Group was “optimistic for the world’s energy future”. Europe, China and India would become more dependent on imports, he said, while the US was on course to become self-sufficient in energy. The Outlook does provide encouragement to the producers of renewables, which are expected to continue to be the fastest growing class of energy, gaining market share from a small base as they rise at an average of 6.4% a year to 2035. – Climate News Network