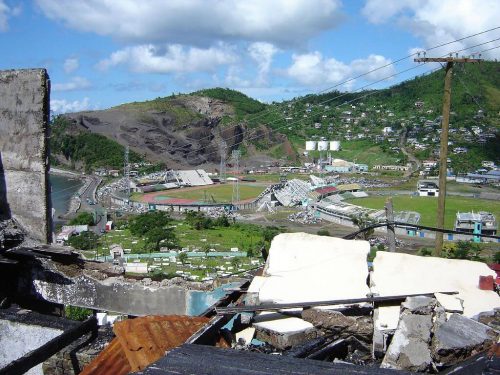 FOR IMMEDIATE RELEASE Today’s report by the Climate News Network’s Paul Brown, who is in the Polish capital for the UN climate talks – the 19th Conference of the Parties of the UN Framework Convention on Climate Change – reveals how insurance companies plan to help recovery. A 4 AM walkout from the COP 19 negotiations by the G77 group of developing countries in protest at the lack of progress in the talks has left ministers arriving in Warsaw with a lot to do. Key to the success of the talks is the plan to set up what is known as “a loss and damage mechanism”, through which rich countries will channel money to poorer nations when they are affected by climate disasters. Details of how this would work were continuing during the night when Juan Hoffmeister, from Bolivia, the coordinator of the G77 group, walked out, complaining that the Australian delegation was attempting to wreck the talks by going back on all the text agreed so far. Despite this setback, the arrival of the politicians to take over from their civil servants was expected to move the talks forward. But all agree there is a lot of ground to cover if the negotiations are to end on time on Friday.

Abandoned to their fate

Although the Warsaw negotiations are designed only to prepare the skeleton of a new climate deal to be signed by all countries in Paris in 2015, new pledges on finance and methods of delivering it to poor countries are expected here. Meanwhile a hundred of the world’s giant insurance companies put forward their own plans at the talks to make sure that the poorest people, worse affected by climate change, could recover after climate disasters “rather than just be abandoned to their fate.” Countries in the Caribbean and Pacific that are repeatedly hit by climate disasters struggle to recover. In many cases insurance is almost impossible to obtain because premiums would be too high. To help the poorest people, the insurance industry has been developing micro-insurance, where for a small affordable premium whole families can insure against storms. If a storm hits, then people get an automatic cash payout within a few days.

Thomas Loster, chairman of the Munich Re Foundation, a non-profit organisation, said that only 4% of the people affected by the Philippines super-typhoon had traditional insurance – but 20% had micro-insurance. Rather than having to go to a loan shark for money to provide capital to start rebuilding their lives, those insured received a rapid payout to provide capital to begin restoring their homes and businesses. Micro-insurance does not require large premiums. In fact in some areas the payment is made by poor people giving their labour to pay the cost, for example collecting seeds for future use. Dr Koko Warner, from the Institute for Environment and Human Security in Germany, said that companies involved in micro-insurance provided advice and resilience against storms.

For example, in Jamaica a scheme has begun where there is an automatic insurance payout if the wind reaches 80 miles an hour, whether or not there is damage to your property. No-one has to make a claim, as pay-outs are triggered automatically once a given wind speed, level of rainfall or other threshold is reached. The idea is that people get early warning of an approaching storm, so they can make their houses as weather-proof as possible and keep everyone safe. Even when no damage occurs, those insured receive a payout within ten days, because an agreed threshold has been crossed. It is an incentive to make homes as disaster-proof as possible. If there is damage, the payment means repairs can begin at once. The scheme aims to ensure that next time the property is strong enough to withstand the storm. Professor Peter Hoeppe, from Munich Re, said the idea was to reduce risk by providing early warning systems and making houses as safe as possible. But even so premiums were based on risk, and it was sometimes not possible for poor people to pay them. There was a case for the rich countries, which had caused the climate problem, paying part of the premium for the poor so they could be insured.  This proposal had been put forward by the insurance companies at the negotiations, but not all developed countries had been in favour. Professor Hoeppe said: “I believe we cannot abandon people to their fate. They did not contribute to the problem, but we clearly carry some responsibility for the first real global environmental crisis. We must help.” – Climate News Network