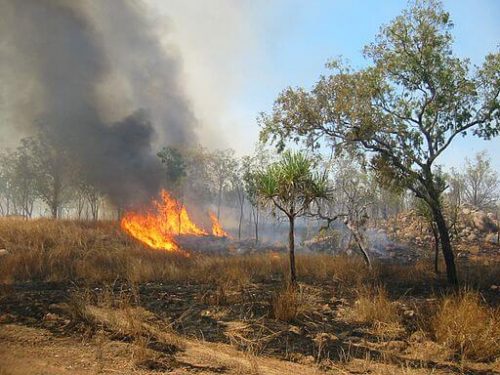 EMBARGOED until 2301 GMT on Friday 6 September As Australians vote in their federal elections, there is a ‘gaping hole’ in the policies of the two major parties on dealing with the costs of climate change LONDON, 7 September − In the long and bruising campaign that has led up to the federal elections in Australia, the governing Australian Labor Party and the conservative Coalition challengers have both chosen to sidetrack the crucial issue of reducing CO2 emissions. Concerns about changes in climate are widespread in Australia. Swathes of the country have been battered in recent years by costly  cyclones and floods, and there has been long-lasting drought in many areas and a series of devastating bushfires. Many lives have been lost, and the economic damage caused has been considerable. Earlier this month, Australia’s Bureau of Meteorology declared the August 2012 to August 2013 period the hottest 12 months on record. Yet in this election campaign, both parties have tended to shy away from promising any meaningful action aimed at tackling climate change issues −  in particular, reducing the country’s CO2 emissions, which, on a per capita basis, are among the highest in the world. Oil and gas production and mining are major industries in Australia. Booming mining exports, particularly of coal to energy-hungry China and India, have fuelled 10 years of sustained economic growth. Latest figures show that Australia, described by some as “Asia’s quarry”, has CO² emissions of 18.4 tonnes per capita − a figure higher than in the US, and almost three times the figure in the UK.

In 2011, the Labor government introduced a Clean Energy Bill that required polluters such as energy companies to pay for the greenhouse gas emissions they create. The opposition, led by the Liberal Party, mounted a wholesale campaign against the measure, which they labelled a “carbon tax” and claimed would drive up energy bills and threaten jobs. Liberal Party leader Tony Abbott has in the past branded climate change science as highly contentious. Although he has moderated his views somewhat in the face of public concerns on the issue, he has said that his first priority on achieving office would be the scrapping of the “climate tax”. Abbott’s Coalition has also promised a major road building programme and the repeal of a tax on mining company profits. In place of the Clean Energy Bill, Abbott proposes what is described as a Direct Action Plan, with grants available to pay for voluntary CO2 reduction schemes. The aim is to reduce carbon emissions by a modest 5% on 2000 levels by 2020. Critics say the plan is short on detail, and that funds being made available are totally inadequate. They calculate that Australia’s CO2 emissions will rise by 9% over the next six years. Meanwhile, the Labor Party and Prime Minister Kevin Rudd – who once described climate change as “the greatest moral, economic and social challenge of our time” – seem to have backtracked on earlier promises to tackle CO2 emissions, proposing to cut the penalties polluters have to pay, from more than A$25 (US$23) per tonne to only A$6 (US$5.5). “This election’s climate debate has been politics from another planet, with overwhelming focus on the costs of action rather than its opportunities, and no focus on the costs of climate inaction,” says John Connor, CEO of The Climate Institute, an independent Australian research organisation. Connor warns: “There is still a gaping hole from both major parties when it comes to preparing Australians for the unavoidable costs of climate change. The costs of food, insurance premiums, emergency services and other essentials will continue to rise with the growing intensity of bushfires, floods, and other climate impacts if Australia doesn’t do more to protect its national climate interest.” − Climate News Network