Himalayas to be wetter and warmer over next century 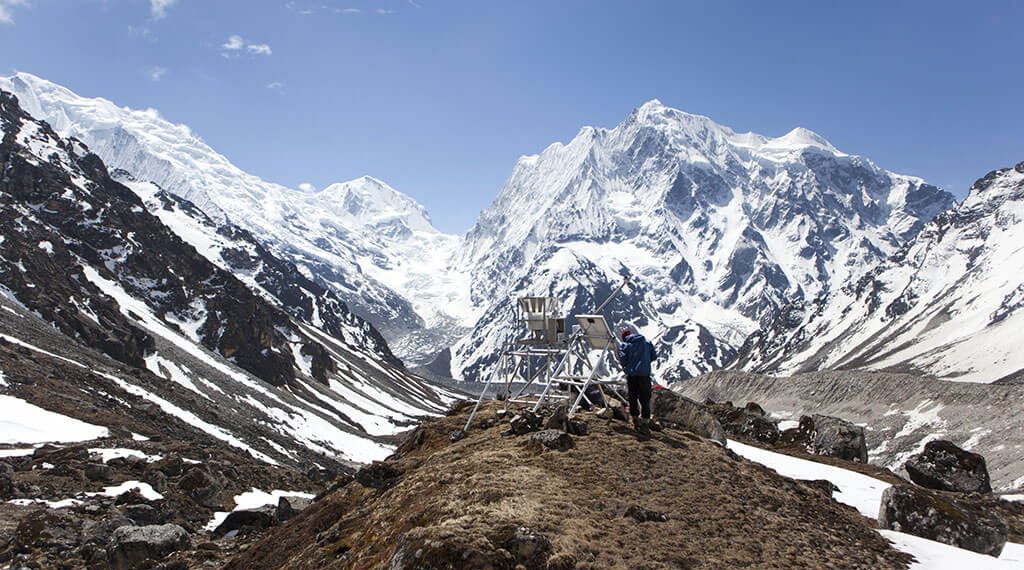 Taking measurements in the high Himalayas

FOR IMMEDIATE RELEASE There have been dire warnings about melting glaciers in the Himalayas leading to falling flows in some of Asia’s major’s rivers. Now scientists are turning some of their original research on its head. LONDON, 10 August – The river systems fed by the glaciers of the Himalayas and the Tibetan plateau are a vital source of water, food and energy for hundreds of millions of people downstream. Trying to predict the impact of climate change on glaciers in such a large and inaccessible area as the Himalayas – with research made more difficult by bitter intra regional rivalries – is no easy task.  While some studies say rising temperatures in the mountains and the melt of glaciers will lead to falling river levels downstream and drought in what is one of the most densely populated regions on the planet, other reports paint a more sanguine picture. In a study in the journal Nature Geoscience, scientists say that in two of the region’s most important river basins – the Ganges and the Indus – water levels are unlikely to drop over the next century.  This contrasts with earlier studies – including one by the same authors – suggesting water levels in these rivers would drop significantly by 2050, threatening the livelihoods of millions. The new report, Rising river flows throughout the twenty-first century in two Himalayan glacierized watersheds, says that in some parts of the Himalayan region, river flow losses as a result of less glacial meltwater will be compensated by an increase in monsoon rains. The lead author of the report is Dr Walter Immerzeel, a mountain hydrology and climate change specialist at Utrecht University  and at present a visiting scientist at the International Centre for Integrated Mountain Development (ICIMOD) in Nepal. Four years ago Immerzeel and his colleagues published a report predicting a considerable drop in water levels in the same rivers by 2050. “We are now using a more advanced glacier model that takes into consideration how slowly glaciers respond to climate change” says Dr Immerzeel. Marc Bierkens, professor of Hydrology at Utrecht and a report co author, says the modelling research shows the size of the glaciers in the watershed of the Indus and the Ganges will decrease during the 21st century. “Yet, surprisingly enough, water discharge in this region is increasing, rather than decreasing. The reasons vary greatly from one watershed to another. Bierkens told Climate News Network that the latest research findings were the result of using a more sophisticated ice model together with a new set of climate models and the fact that, especially in the western Himalayas, the increase in rainfall with height is larger than previously thought. To understand the impact of climate change on river discharge, researchers created computer models of glacier movements and water balance in both the Indus and the Ganges watersheds. The models indicated that in the eastern watershed – in Langtang in Nepal where the Ganges has its source – the relatively smaller glaciers melt quite quickly but an increase in monsoon rains leads to a growth in water discharge. In the western watershed – in Baltoro in Pakistan where the Indus has its source – the climate is dryer and colder and has much larger glaciers. The models show discharges in the area are increasing, mainly as a result of more glacial melting. Such melting, says the study, will peak around 2070 and thereafter drop but will  be compensated for by an increase in precipitation. “While the results of the research predict a somber future for the Himalayan glaciers, they offer some good news for water and food security in India, Bangladesh and Pakistan” says a report summary. – Climate News Network

Putting an umbrella over coral reefs