Climate warming slows: no surprise yet 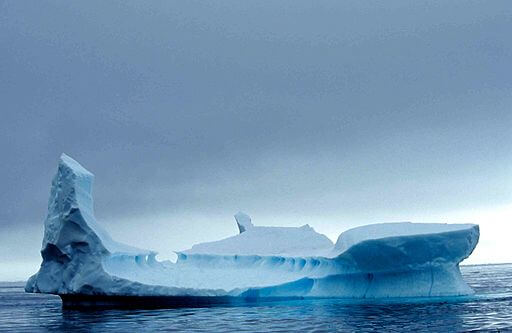 FOR IMMEDIATE RELEASE The present slowdown in global warming was expected, UK scientists say, though not for a few years. But they say it is within the range of uncertainty they had foreseen. LONDON, 23 July – Here is an interim update on the uncertain future of climate change: it remains uncertain and all forecasts are, for the time being, interim. British scientists say that global warming has slowed down. Their climate models predicted periods in which warming would slow before speeding up again, and this slowing down is within their calculated limits of uncertainty: they had not, however, expected the slowdown to happen for a decade or more. But it is happening now. Between 1970 and 1998, the planet warmed at an average of 0.17°C per decade because of human impact on the atmosphere in the form of fossil fuel burning, forest destruction and other human activity. Between 1998 and 2012, it warmed at an average rate of 0.04°C per decade. This slowdown is not easily explained: greenhouse gas levels in the atmosphere have continued to rise at 3.1% per year, and are now 30% higher than at any time in the last 800,000 years, and atmospheric physicists stand by their calculations about the impact of greenhouse gases on atmospheric temperatures. So that leaves three options. One is that some of this slowdown can be explained by variations in solar radiation during the Sun’s natural 11-year cycle. Another is that a certain amount of volcanic activity since 2003 has placed almost imperceptible levels of aerosols in the upper atmosphere to block the sun’s radiation – imperceptible in the sense that nobody has sensed any drop in temperature, as happened after the eruption of Mt Pinatubo in the Philippines in 1991, but still enough to slow the rise in the rate of warming.

A third is that the planet’s temperature has indeed been rising, but the attendant heat has been swallowed up in the deep sea: that somewhere below the 700 metre level, the oceans are warming. The oceans cover 70% of the planet, often to huge depths, and can easily “lose” the predicted increased heat of a decade or so. A new system of robot buoys, first introduced in 2000, that descend 2 km  and rise again to report back their measurements, has confirmed that the upper 2,000 metres of the ocean have absorbed thermal energy in such quantities that, were it all to be suddenly released into the atmosphere, air temperatures would rise by a lethal 36°C. None of this means that climate change is not a threat. Twelve of the 14 warmest years on record have been recorded since 2000.  The lower troposphere – the atmosphere above the surface – has continued to warm, says Peter Stott, head of climate monitoring at the British Met Office’s Hadley Centre. Arctic sea ice has continued to retreat at the rate of 12.9% per decade since 1979, and this rate has accelerated over the last 15 years. Northern hemisphere snow cover between 1970 and 2010 declined at the rate of 0.8 million square kilometres per decade, a loss equivalent to one third of the area of Canada. Glaciers have retreated worldwide: the loss of ice all told has been the equivalent of a 15 metre-thick slice off the top of the average glacier. The oceans have warmed, and sea levels have risen and continued to rise – 3.2mm per year since 1993. New data has continued to deliver telltale evidence of the dominant role of human influence on the climate system. But the slowdown also tells scientists there are still things they don’t understand in detail about how that system works.

A problem to solve

There is as yet no clear answer as to why heat – which tends to rise rather than sink – has been submerged to such depths:  it could be a consequence of changing patterns of ocean circulation; it could be that some of the ocean has become more saline (and saline water is denser, so it will sink, even if it is a little warmer); or it may be that smaller quantities of cold water are descending into the submarine depths. “Where is that energy, if we are not seeing it in the surface temperature? It looks like it is being rearranged, hidden from view, if you like, deep in the ocean. There are some interesting science questions,” said Richard Allan, a climate scientist at the University of Reading. “So what does this mean for future projections? The first obvious point is that the science of projections under greenhouse gas scenarios is developing science. We haven’t got there by any means yet. So it is a constant striving to improve things. “The second thing to say is that the observations of the last decade do not lie outside the uncertainty bounds of previous projections.” And Piers Forster, a climate scientist at the University of Leeds, said: “This is really exciting. We have got a problem to solve. We have things we don’t understand perfectly, and as a scientist, that’s really why I do what I do. I speak for all of us who are here.” – Climate News Network