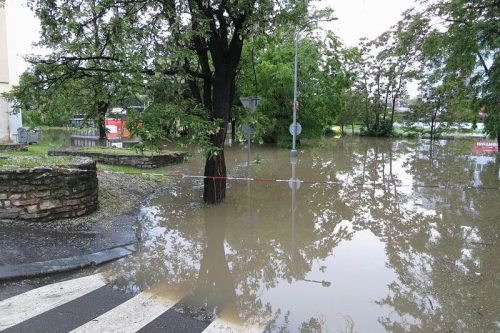 For immediate release Some parts of the world face frequent catastrophic floods by the end of this century while other regions could get less hazardous. LONDON, 10 June – Floods during the 21st century are expected to get worse. Really calamitous floods that, during the 20th century were considered once-in-a-century events could come round ever 10 years or so by the end of the 21st century, according to Japanese scientists. Yukiko Hirabayashi of the University of Tokyo and colleagues report in Nature Climate Change that they looked at the likely pattern of hazard in 29 of the world’s great river basins. They considered the risk in those places where greater numbers of people were settled, and used 11 global climate models to project flood dangers by the end of this century. They warn that the frequency of floods will increase in Southeast Asia, Peninsular India, eastern Africa and the northern half of the Andes of South America. More at stake Conditions in northern and eastern Europe – the scene of recent and current calamitous flooding – could get less hazardous, along with Anatolia, central Asia, North America and southern South America. The predictions, of course, come with the usual caveat: that the real exposure to flooding will depend to a great extent on what governments finally decide to do about greenhouse emissions, how much the world warms, what water management or flood control plans are put in place and on population growth in the regions at risk. But those lower latitude countries where both population and economic investment are on the increase will have more at stake in the decades to come, and should prepare for greater flood risks.  Floods in the last three decades have claimed 200,000 lives and caused around $400 billion in economic damage: they have also cost an estimated three billion people their homes, farms, businesses and livestock. Great river basins The most recent assessment by the Intergovernmental Panel on Climate Change said that overall, there was a “low confidence in projections of changes in fluvial floods. Confidence is low due to limited evidence and because the causes of regional changes are complex.” The Tokyo team took a detailed look at all the available data for the world’s great river basins, from the Yukon, the Mackenzie and the Columbia in the North American west to the Mississippi and the St Lawrence; the Rhine, the Danube and the Volga in Europe; the Ob, the Yenisei and the Amur in Siberia; the Orinoco, Parana and Amazon in South America; the Euphrates, the Indus, the Ganges, the Mekong and the Yangtze in Asia: the Niger, Nile, Zambezi and Congo in Africa and even the Murray in Australia. Their projections are just that: projections, to be tested by outcomes long after some of the authors have died. The researchers acknowledge the limitations in their methodology “The 20C 100-year flood event is projected to occur about every 10-50 years in many of these rivers in the 21C. Such a large change in return period is caused by a 10-30% increase in flood discharge,” they warn. “Major attention should be paid to low-latitude countries where flood frequency and population are both projected to increase.” – Climate News Network