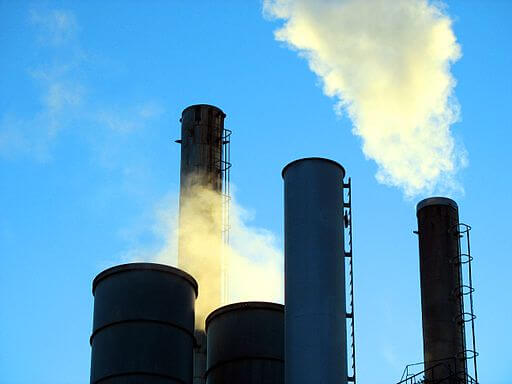 If it’s cheaper to pollute than not

FOR IMMEDIATE RELEASE The narrow vote not to approve a proposal for breathing new life into the European Union’s emissions trading scheme has divided opinion, with environment ministers saying they will find a way round the decision. LONDON, 17 April – The rejection by the European Parliament on 16 April of a rescue plan for the European Union’s flagship carbon-trading scheme, the EU ETS, has caused widespread dismay among environmental groups and green industries. The winners were the coal-mining and heavy industries, backed by Eastern European governments, particularly Poland (see our story of 20 February), which believed that paying for carbon credits would damage their competitiveness when the EU is already struggling for growth. The decision, by a narrow margin of 19, with more than 650 MEPs voting, is a severe setback for the EU’s attempts to cut carbon emissions. The pioneer carbon-trading scheme, launched in 2008, was seen as a way of using market forces to both clean up the environment and encourage green industries by forcing factories to modernize. Immediately after the vote the EU’s Council of Environment Ministers vowed it would think of another way of reviving carbon trading to help green technologies. The scheme sets a limit on the amount of carbon each industry or factory can produce and theoretically forces improvements in efficiency by reducing the enterprise’s permit to pollute over time. If industries exceed their limits they have to buy carbon credits from others who have successfully invested in new technology and so reduced their emissions below their targets, and who therefore have “credits” to sell. The market fell apart, however, because EU governments gave in to their powerful industrial lobbies and set very easy-to-meet targets, so much so that some industries made no improvements at all and were still able to meet the limits set. As a result, there were large quantities of carbon credits on the market that gradually fell in value. To be effective, traders say, carbon needs to have a market price of around €50 a tonne, but yesterday, after the Parliament’s decision, the price dropped to less than €3.

To try to rescue the scheme, which runs until 2020, the European Commission had devised a plan called “backloading”, which in effect would have taken quantities of carbon credits off the market. This in turn would have forced the price of the remaining credits back up to a level where industry would have found it cheaper to invest in new technology than to buy them. The MEPs rejected the Commission’s plan by the narrow margin of 334 votes to 315. Poland had lobbied against the plan to protect its vast coal-mining sector. The country’s Environment Minister, Marcin Korolec, called the decision “a vote of reason”, claiming the plan would have slowed economic development. Finnish MEP Eiga-Riitta Korhola said: “In the present economic situation, the decision of backloading would be a wrong signal for households and industries alike. The burden of rising costs is not needed now.” Greenpeace called the vote an “historic failure” to mend the carbon-trading market. Barring a way to curb an oversupply of permits, the ETS cannot “dissuade polluters and promote investments in cleaner production”, said Joris den Blanken, Greenpeace EU policy director. Stephanie Pfiefer, executive director of the Institutional Investors Group on Climate Change, said: “We are disappointed that MEPs have voted against the backloading proposal. “The ETS in its current guise may be flawed, but an EU-wide emissions trading scheme is important. Structured correctly, it can provide the long-term policy certainty necessary to drive low-carbon investment and reduce emissions.” – Climate News Network