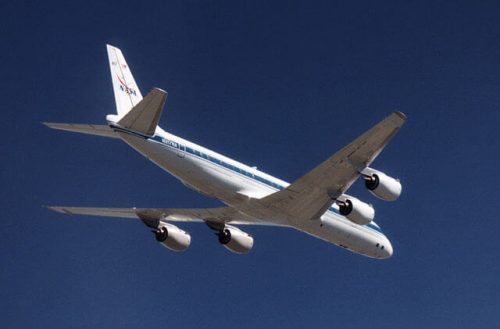 FOR IMMEDIATE RELEASE As growing carbon dioxide emissions continue to warm the climate, more aircraft are likely to encounter turbulence in flight, meaning bumpier and perhaps longer journeys for passengers, scientists say. LONDON, 9 April – Airline passengers – and airlines too – could be in for a rough ride as the decades pass and the world warms. Two British scientists have asked the question literally uppermost in the minds of transatlantic flight planners: what difference will global warming make to atmospheric turbulence? Clear air turbulence is an enduring problem for commercial aircraft: pilots cannot see it coming, it doesn’t reflect signals to onboard radar, and satellite monitors cannot detect it. Pilots however encounter moderate or uncomfortable clear air turbulence at least one per cent of cruise time. This adds up to tens of thousands of bumpy episodes each year, and hundreds of passengers who didn’t fasten their seatbelts in time may be injured. Clear air turbulence is calculated to cost airlines £100 million ($150 million) a year in delays and damage, and although air crew and passengers have been facing such discomforts almost since the invention of flight 110 years ago, the mechanisms of turbulence are still, in that famously enigmatic scientific phrase, “not fully understood.” But Paul Williams of the University of Reading and Manoj Joshi of the University of East Anglia report in Nature Climate Change that they decided to look at computer models to see whether climate change would make a difference. Turbulence is linked to atmospheric jet streams and these are likely to be strengthened by man-made global warming. Since, right now, climate scientists cannot predict episodes of turbulence in particular latitudes at identifiable altitudes, the researchers could reach only very general conclusions.

And since the factors involved in churning up flows of air are the subject of serious academic debate, they had a lot of possibilities to consider and at least 20 different units of measurement to factor into their models – technicalities like the magnitude of vertical shear of horizontal wind, flow deformation and simple wind speed, and highly specialised meteorological considerations such as the negative Richardson number, and the Brown energy dissipation rate. They also had to consider the air traffic lanes between Europe and the Americas, the changes according to season, and the projected rates of increase in carbon dioxide emissions into the atmosphere. They decided to focus on the case for winter flights, because that is when turbulence is at its peak. They found that at typical cruise altitudes in the northern half of the North Atlantic corridor in winter, most of their diagnostics showed between 10% and 40% increase in median strength of turbulence, and a 40% to 170% increase in the frequency of episodes of moderate or greater turbulence. So the airplanes that significantly increase the potential for global warming will also be affected by global warming. “We conclude that climate change will lead to bumpier transatlantic flights by the middle of this century, assuming the same flight tracks are used”, they report. “Observational evidence suggests that this increase in bumpiness has already begun. “Flight paths may need to become more convoluted to avoid patches of turbulence that are stronger and more frequent, in which case journey times will lengthen and fuel consumption and emissions will increase, in the same season and location that contrails have their largest climatic impact.” Finally, they say, any increase in clear air turbulence would have important implications for large-scale atmospheric circulation, because clear air turbulence contributes significantly to exchanges between the stratosphere and the lower atmosphere. “Aviation is partly responsible for changing the climate in the first place”, said Dr Williams. “It is ironic that the climate looks set to exact its revenge by creating a more turbulent atmosphere for flying.” – Climate News Network