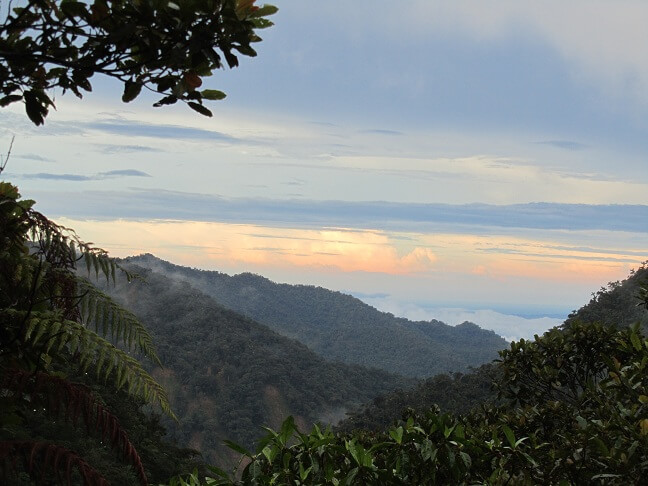 Carbon can fertilise the forest

EMBARGOED till 0001 GMT on Monday 11 February Scientists now think the Amazon rainforest is unlikely to succumb to a widespread die-off of its trees, because they expect the main greenhouse gas to act as a powerful fertiliser. LONDON, 11 February – The Amazon rainforest may be facing less of a threat of destruction than many people think, scientists say – because carbon dioxide, the main greenhouse gas from human activities, can have a beneficial effect. For years now there have been fears that the forest was likely to experience a mass die-off of trees because of rising temperatures caused by climatic changes, with rising carbon dioxide (CO2) levels a principal cause. But scientists now say the gas is affecting the Amazon in two ways. It is certainly increasing temperatures, they say, with the risk of droughts and other dangers to arboreal life. But it is also providing an airborne fertiliser. They think this beneficial effect is likely to exceed the damage CO2 is causing. “I am no longer so worried about a catastrophic die-back due to CO2-induced climate change,” Professor Peter Cox of the University of Exeter, UK, told Reuters news agency. “In that sense it’s good news.” Professor Cox was also the principal author of a 2000 study which said the Amazon rainforest might dry out from mid-century. If the forest did die back it would release immense quantities of carbon, intensifying climate change. The authors of the new study, published in the journal Nature, said it was a step forward, because its models compared forest growth with variations in the levels of atmospheric CO2.

For every 1°C of temperature rise, it estimates, a total of 53 billion tonnes of carbon stored in the tropics would be released to the atmosphere. But the benefits provided by CO2 acting as a fertiliser were generally larger – as much as a total net gain of 319 billion tonnes of carbon stored this century. The new research does not consider the impact of other greenhouse gases apart from CO2. Ozone or methane, for example, are potent greenhouse gases which would damage the forest while doing nothing to fertilise it. Nor does it consider the damage done to the Amazon, and to irreplaceable forests elsewhere, by a quite different threat – deforestation. This is thought to be responsible for as much as 17% of global greenhouse gas emissions caused by humans. Brazil has made great strides in reducing deforestation in the last few years, though not every country has matched its efforts. But all the same, Professor Cox and his colleagues may have provided indirect support to efforts to prevent the Amazon’s destruction by loggers and farmers.  Expectations of a possible die-back in the next few decades have persuaded many to believe there is little to be gained by safeguarding the trees. “Some people argued bizarrely that it would be better to chop them down and use them now,” Cox said, adding that the new findings meant that reasoning was no longer valid. The research could also give fresh impetus to the glacially-slow international negotiations on climate change, and particularly to the effort to devise a market mechanism to provide governments with an incentive to care for their forests. This is focused on the REDD initiative, Reducing Emissions from Deforestation and forest Degradation.  – Climate News Network